Hands Across the Community

Click.
.
.
.
.
.
Silence…
.
.
.
“I guess it was something I said,” Rob Dilts explained as he held his phone. Rob is a team captain for RPC’s Hands Across the Community event. He’s tasked with leading a team of volunteers to complete a project in a few hours one Sunday morning in May when RPC suspends church services to go be a church of service. 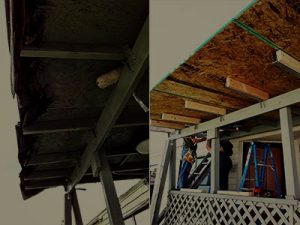 His project came from CCA: Emiliano and Maria have a mobile home in a local community and it needs some work. The family can’t do it themselves because money is tight and the Emiliano requires dialysis, which leaves him unable to work. His wife, Maria, is his primary caregiver.

Some suggested looking for another project, but Rob is a little more stubborn than that. There was already a pair of small group leaders, Paul and Karen McDonald, who had chosen this project for their small group to work on together.

Instead, Rob reached out to RPC’s International Missions Pastor, Randy Riggins. He knew a team had recently gone to Cuba, and he had heard that most of them spoke Spanish. He hoped Randy could connect him with someone whose Spanish was less broken than his own and hoped it was the language barrier that caused the homeowner to hang up on him.

Rob was put in touch with Ofelia Gabel whose Spanish is flawless, and who happens to be a member of the McDonald’s small group. They visited Emiliano, who was much more receptive in person, with a fluent Spanish speaker. They were able to explain who they were, why they were there, and find out from him what they could do for him.

Plans were again in motion. But the curveballs wouldn’t stop coming. Key volunteers had a last-minute situation arise that took them away from the area on the day of the project. Rob wasn’t sure there would be enough people or enough hours to complete their tasks.

And the weather… this whole spring has been rainy, and HAC weekend was forecast to be no exception. Would the team even be able to assemble at the site and do the work?

The weather and the available volunteers didn’t seem to match up with the list of things to do:
·      Clean the inside of the home
·      Pressure wash the home’s exterior
·      Paint the exterior siding
·      Mow the yard
·      Remove the existing (heavily damaged) porch cover (plywood, shingles)
·      Scrape off old tar where the porch cover and mobile home were tied together
·      Replace plywood, install drip edge, felt, shingles and tie new porch cover to mobile home

There was some anxiety, and there was some prayer. And then another call came – other members of the small group who planned to be out of town would be here after all… and so would their truck. And their tools. Things were looking better. And so was the weather forecast. Saturday would be wet and stormy, but Sunday was forecast to be a beautiful spring day.

By 8:15a it was clear the team would have all the hands it needed to do the work, and there wasn’t a cloud in the beautiful blue sky.

The team circled up in the driveway and asked Emiliano and Maria to join them as they prayed and thanked the Lord for providing the hands and the weather to get this project started, and asked for His continuing provision to allow their work to be done, and to be a visible, tangible representation of the love Christ has for us.

Ofelia, the only Spanish speaker on the team, deals with pretty severe springtime allergies, so she was tasked with working indoors to clean the house. If you’ve met Ofelia you know her gentle spirit and her inviting smile – and isn’t it just like God to make sure that’s the person who ends up inside the house?

As the morning progressed the outside team had little interaction with anyone inside, other than opening the door to plug in extension cords or power tools. When Ofelia finished cleaning and came outside to leave, she had a miraculous report for the team. Not only had she been able to work on things inside the home, but the Lord was working as well. Ofelia was able to strike up a conversation with Maria, sharing a little more about what she was doing – and why. In telling about RPC’s HAC weekend, Ofelia was able to share the good news of Jesus, His death, burial, and resurrection, and the offer of salvation that comes with it. Once the ladies had talked, Maria was eager to give her heart to Jesus – becoming a new creation in Him! On HAC weekend, Maria didn’t just get a cleaned-up home and a new porch cover, she became a new creation! Emiliano was sleeping, worn out from his dialysis and the condition that necessitates it, but she planned to share the good news of Jesus with her husband once he was awake.

That stormy weather returned just days after HAC, but the home was clean, the repairs were made, and the porch cover didn’t leak. The Lord truly provided shelter from the storm and we know He’s not finished yet!.