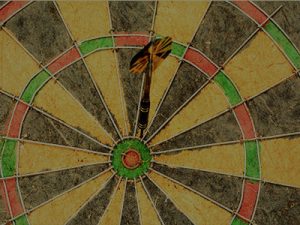 Misplaced faith. When our doubts are replaced by faith, we think we’re finally on the right track. And we could be if that faith is in the right person: Jesus. But not if we’ve misplaced that faith if we’re trusting in our own abilities. Has this happened to you? It probably has – it happened to the Disciples. Yes, the 12 men who walked most closely to Jesus at times found their faith not in Him, but in themselves. The people with a front row seat to Jesus’ ministry and miracles managed to lose sight of the source of the power that produced those miracles.

In Mark 9:14-29, there’s a story of a father who brings His son to Jesus, hoping Jesus can cast out the demon that torments this boy. In week 3 of our series on Miracles, RPC Worship Pastor Matt Byrd reminds us that Jesus has already cast out demons. This isn’t new, or newsworthy to those who were following Him. The Disciples had already been part of the casting out of demons. The power to heal had already been granted to them. So, this shouldn’t be a noteworthy interaction.

But when this story begins, Jesus is atop the mountain, communing with His Father. The father of the demon-possessed boy encounters the disciples, without Jesus, hoping they can point him to Jesus, so Jesus can heal the boy. The Disciples, knowing they’ve seen this done before, don’t hesitate to tell the boy’s father that it can be done, and in fact, they can do it. Themselves. Right now. Without waiting on Jesus.

Unfortunately, it doesn’t go well. The boy is not healed. His father, who clearly had hope when he met the disciples, is pretty hopeless, and the crowd isn’t all that impressed.

Then Jesus shows up. And everything changes. That bold faith the disciples displayed was redirected to Jesus, not themselves. And then, the little bit of faith the boy’s father had, was enough. It’s not the amount of faith. It’s where that faith is placed. Need more info to make this make sense? Hear all the details in Matt’s sermon in part 3 of our Miracles series.