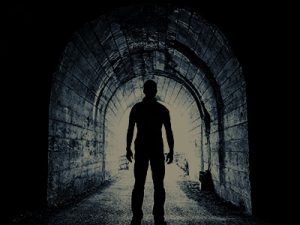 In week 5 of our Miracles series Pastor Ron talks with us about the existence of Satan and demons.

Historically, church fathers chose to mock Satan’s appearance as an attack on his pride. This approach led to his depiction as little more than a horned creature in red footed pajamas with a pitchfork in his hand – something not easy to take seriously. Unfortunately, that led many to believe Satan and demons aren’t a force with any power, just imaginary creatures.

But the Bible tells us Satan is real, and that he’s a slanderer and the god of this world, intent on leading us astray. Is society right – that evil doesn’t exist, that everyone has his or her own truth and own choices? Or is evil real, and does it permeate parts of our world?

In the Bible Mark 5, gives us the most detailed account scripture offers of an exorcism – the casting out of a demonic spirit. It’s important to note that demons can, and do, possess people, but not believers in Christ. Being a believer in Christ doesn’t stop demons from oppressing or influencing a person, but it does shield one from demon possession.

Pastor Ron reiterated that the chief purpose of Satan is to discredit God and the person of Jesus and to destroy His creation. That’s why this demon possessed man in Mark 5 was found living among the caves and tombs, an outcast from community. He wasn’t fit for polite society with the supernatural strength he was using to destroy himself, even cutting himself, all because of the demons within him.

When this possessed man saw Jesus, he ran to Him. Even in his possessed state, he recognized Jesus for who He was. In the book of James, we’re told that even the demons believe in Jesus and tremble at the mention of His name. We see that demonstrated when this man falls to his feet in a posture of worship and cries out to Jesus. The demons within him call Jesus by name, asking Jesus not to send them into the abyss. We learn in their exchange that the demon goes by the name Legion, because there are many, perhaps thousands of demons, inhabiting this man. The demons are speaking through this man, begging Jesus not to send them out of the country. They fear Jesus, knowing He can put an end to their possession of this man, and even an end to their existence.

And then an interesting twist – a herd of pigs not previously mentioned, is feeding on the hillside near Jesus and this man. The demons begged Jesus to send them into the pigs. And Jesus did. The pigs, inhabited by the demons, ran down the steep bank, into the sea, where they drowned.

Why did Jesus let the pigs die?

In this setting, Jewish people are oppressed by what they called, “gentile pigs,” Roman soldiers who had sailed into their land, taken over, and who commanded high taxes and inhibited the freedoms of the Jewish people. According to historical accounts of rabbis and priests, Jewish people at that time longed for a day when the Messiah would come, and would, in their words, drive those gentile pigs back into the sea from which they came. While at first glance the pigs on the hillside seem to be random players in a split-second decision by Jesus, they were actually a very bold proclamation of Jesus’ power and identity.

The presence of pigs, unclean animals in the sight of the Jewish community, also tells us this happened in a predominately gentile area. That’s significant, because Jesus who had done most of his ministry in Jewish areas, has just shown up and healed a man. This also pointed to what the people of the time believed about the coming Messiah: that he would heal the sick and set the captives free. The message that Jesus is the Messiah is being proclaimed not only to the Jews but to the Gentiles as well – essentially inviting all, Jew and Gentile alike, to follow Him and be impacted by His power.

This tells us that Jesus values everyone, of every background.

Once the pigs had drowned, Jesus told the herdsmen to share this story. People came to see what the crazy herdsmen were describing. They saw the man, no longer possessed, no longer cutting, now clothed, and in his right mind, sitting with Jesus. Just as we are clothed in the righteousness of Christ when we believe in Him as Savior and Lord.

Jesus told the man to go back to his home, his family and friends, and tell them what Jesus had done for him. He knew word of this encounter would be enough to open hearts and minds to His Lordship.

Clearly, Jesus took seriously the existence of demons and their ability to possess, oppress and influence people. And because of that, we should, too. But we need not fear them,  because there are things we can do to be protected, or delivered, from Satan’s influence in our lives. Demons are indeed real. But so is Jesus, and His saving power. And that power supersedes the influence of the enemy every time.