The Choreography of God

“Life can only be understood backwards; but it must be lived forwards.”
–Soren Kirkegaard 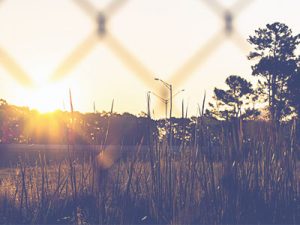 Paul’s letter to the Philippians was written while he was in prison. Yet it’s considered his most joyful letter. Could you write a message of joy and thanks from prison? Many of us struggle under the weight of circumstances when they don’t line up with our hopes or our plans – when they don’t feel good. But sometimes those circumstances are part of God’s choreography – He’s setting the stage for our good and His glory.

In his letter to the church at Philippi, Paul gives us a picture of a mature believer, living out the steps the Lord choreographed, exactly as He wrote them, not doubting the purpose in each circumstance.

Ten years before writing this letter, Paul had a plan. He was preparing a journey eastward when God gave Paul a vision of a trek to Macedonia, to Troaz and Philippi. That wasn’t what Paul had planned, but he adjusted course and followed where the Lord led. In all of his other missionary journeys, Paul had been able to go to a metropolitan area, find the synagogue, and begin conversations with Jewish people that allowed him to tell them about Jesus and the gospel.

Philippi was different. It wasn’t a thriving metropolitan area – it was largely gentile and under the heavy rule of the Roman government. This would require a different approach. He hadn’t been in town long when Paul met Lydia and shared the gospel with her. Paul also encountered a young girl, enslaved by men who wanted to profit from her ability to foretell the future – a “gift” that came from a demonic spirit. Paul freed her from the oppression of that spirit, angering those who had been living off her earnings, but the girl was grateful and excited about the gospel Paul shared.

Paul’s good deed landed him on the wrong side of a power struggle, and he found himself in prison. When an earthquake shook the prison and released the chains that bound the prisoners, the prison guard was troubled to the point of taking his own life – but Paul intervened and assured the guard that no prisoners had escaped. The guard was grateful and quick to listen to all Paul had to say… and Paul seized the opportunity, sharing the gospel of Jesus.

And it was those three unlikely comrades who were the beginning of the church at Philippi.

Years passed. Paul continued his missionary journeys, sharing Jesus and planting churches, and sometimes ending up in prison. And it was 10 years after the founding of the church at Philippi when he found himself imprisoned in Rome, appealing to Caesar to spare his life, under the care of the most elite force of the day (Caesar’s Imperial Guard), that Paul wrote this letter to the church at Philippi, this letter called his most joyous letter.

It would have been easy for Paul to lament his circumstances. It would have been easy for him to question his choices, or to doubt the Lord’s hand. But instead, he begins writing a letter of thanks – the first seven verses of Philippians are verses thanking the church for their partnership and support in his missionary journeys. How many people do we reach out to, offering thanks, when our circumstances are crummy? We can learn a lot from this example.

In verse 8, Paul shifts his course from thanks to encouragement. It was a hard time to be a Christian. Nero was in charge of the empire and he was regarded as the harshest leader, the one most opposed to Christianity. In reality, few people in Rome liked Christians. They wouldn’t worship Caesar. In a society where Caesar was seen as Savior, Christians didn’t fit in. And so, Paul, from prison, sent a note of encouragement to the church.

(It might have been among the first great works written in prison, but it was far from the last. Christian leaders throughout the centuries have found themselves in chains, and great works from Pilgrim’s Progress to the writings of Dietrich Bonhoeffer and Martin Luther King, Jr. were penned behind bars.)

In verses 9 through 11, Paul shares his prayer for this church that is so dear to him: that their love would abound and that their knowledge and discernment would increase – what a great prayer to pray for anyone we love and intend to disciple!

And then Paul turns the attention to his current imprisonment. Many of us would write this differently, but Paul writes of the purpose of his time in chains, sharing that he was placed there, by God, for the benefit of the gospel message. He was chained, round the clock, to a member of the Imperial Guard, and Paul wasn’t one to overlook a captive audience. That time was spent sharing the gospel. It didn’t take long for word of Paul’s testimony to spread through the entire Guard. Paul’s witness emboldened fellow believers and enabled the spread of the gospel.

In verse 19 Paul points to the reason that his time in prison is fruitful: prayer and choreography. He says that the prayers of the church at Philippi and the help of the Holy Spirit are the reasons for the spread of the gospel and his hope that his appeal will be honored. “Help,” in that phrase is the Greek word that gives us the roots of our words chorus and choreography – Paul’s time in prison was not a mistake or a detour, it was exactly the way the Lord wrote the story.

And then Paul writes verse 21: For me to live is Christ, and to die is gain. In a society (much like today) where life is synonymous with gain, and if Christ is considered it’s only in conjunction with death, Paul turned their common phrase, and common thought, upside down. Paul’s declaration that to live is to walk with Christ and glorify Christ, pointing others to Him, and to die is to see the true gain, the gain that has an eternal value that nothing we gain in this world can provide.

When it doesn’t look right, it doesn’t feel right, and it doesn’t seem right, the best (and often the hardest) thing a believer can do it continue to trust God. It might be that we’ve been placed in a situation to allow our circumstances to glorify God and spread the gospel. But it might be that we can’t see it as we walk forward in those circumstances. It might be, as Kirkegaard said, that it will only make sense when we look back and see what God’s choreography created.